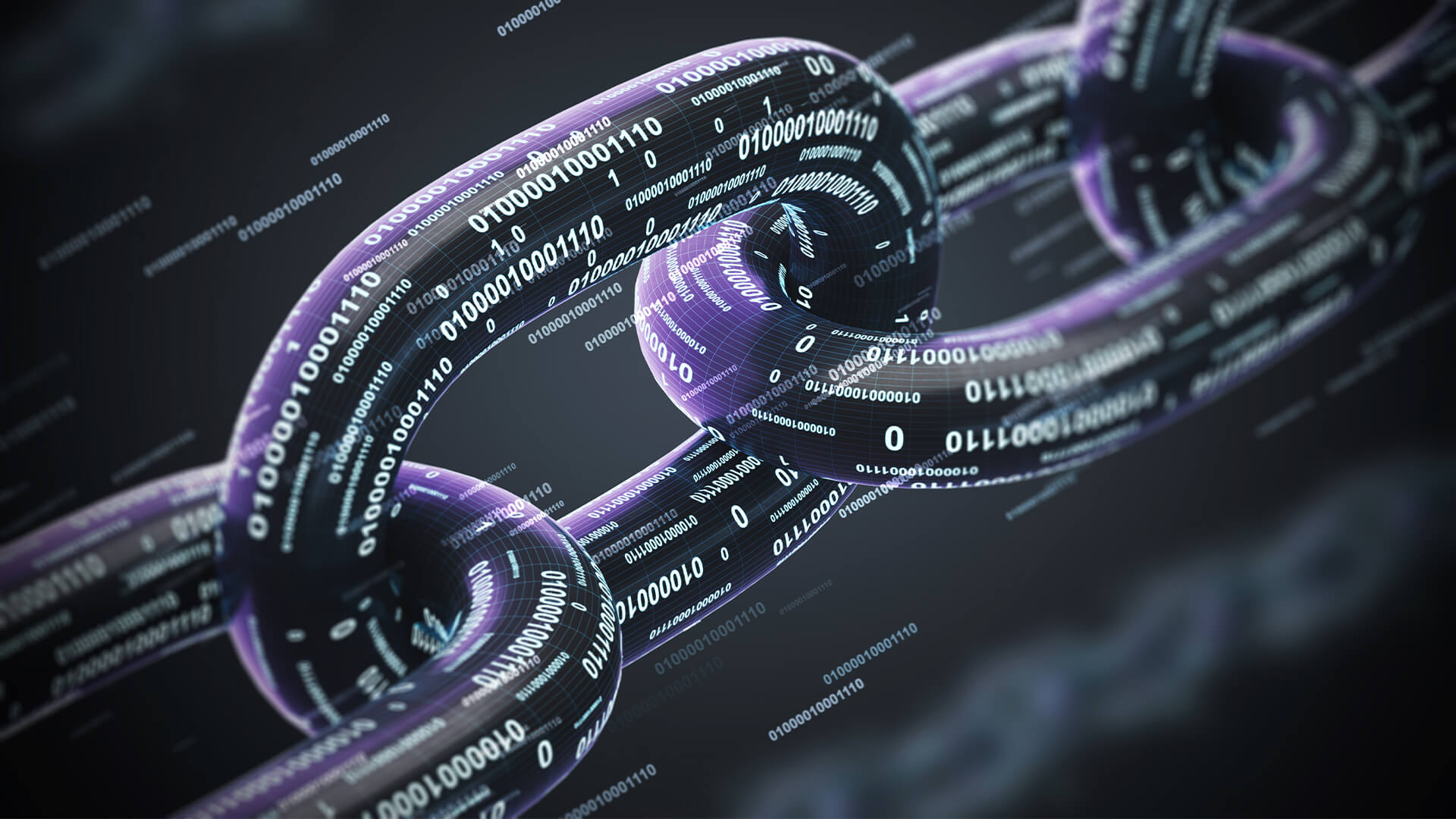 A new report from Global Digital Finance (GDF), the cryptoassets and digital finance industry membership body, says the COVID-19 pandemic has resulted in a surge in interest and activity around Enterprise or private Blockchain, and Asia – in particular China – has taken a significant lead on the global stage in terms of its development and implementation.

On a sector basis, it says the financial services industry is the most receptive to blockchain technology and has some of the most advanced systems in this area.

Enterprise blockchain generally refers to a set of technologies, tools, and methods to build, deploy, and maintain shared business networks that are jointly operated by identifiable participants.

Lawrence Wintermyer, Executive Co-Chair GDF said: “A new uptick in interest and activity has been registered in the industry since the advent of the COVID-19 pandemic. Proof of Concepts (PoCs) seem to have fallen out of favour as enterprises are eyeing the deployment of real production systems. Existing projects are accelerated, when contributing to the overall digitisation strategy. The ecosystem is moving to a greater stage of usage and adoption by institutions and governments alike.”

Keith Bear said: “Somewhat overshadowed by events in the Western world, Enterprise Blockchain developments in Asia are advancing at breath-taking speed. China is leading the way in terms of network deployments and ecosystem growth, receiving an additional boost after the official endorsement by the government pursuing a strategy that establishes blockchain as a national priority. While projects in the East and West currently mainly develop in parallel, we expect a rapprochement and growing interaction between projects in the future.”

Michel Rauchs said: “Over the last two years, a growing number of business networks have made the transition from proof-of-concept or pilot into production in relation to their blockchain projects, going live with multi-party systems that have often been silently in the making for several years.

“However, not all sectors across the economy have been equally involved: besides healthcare and food/agriculture, networks built around financial services appear to particularly stand out.  This may be due to financial services as an industry carrying an excessive burden of reconciliation costs due to the nature of value chains with multiple participants, extensive regulatory obligations, and historical market conventions. All these factors can add up to effective business cases focused on mutualised cost reduction in the first instance, often followed by incremental revenue generation through new business models in a second instance.”

Looking ahead – key trends to watch

The report highlights the following trends that will impact on Enterprise Blockchain.

Business networks becoming more decentralised, one step at a time

The report says a growing number of network participants are moving node management in-house, following increased demand of platform clients since 2019 for the option of hosting instances in private company clouds. This development adds to the overall robustness of networks by providing a more distributed topology based

on diverse deployment options. The report says it expects this trend to continue and pave the way for the gradual distribution of control among members at the governance level as well – a further step towards the ultimate Enterprise Blockchain promise of jointly-owned and collectively-operated market infrastructure.

Increased focus on the application layer

As with any institutional technology, the core foundation first needs to be laid before end user applications can be deployed. With a fully-developed protocol layer and an increasingly mature business network layer (further expansion and growth towards critical mass), the report says the focus in the Enterprise Blockchain ecosystem is now ready to shift to the application layer, which is home to the actual front-end solutions that create real business value to end users.

As a result of the above, the report says it foresees that application-agnostic business networks will increasingly replace or supersede monolithic networks whose initial focus was limited to a narrow application. Opening up the network to multiple use cases – possibly beyond industry boundaries – provides an attractive venue for application developers and operators to deploy their solutions, creating incentives for additional applications to emerge on the same network that participants and end users can choose to run in a modular fashion. In a similar vein, the report says network-agnostic applications that can be deployed across multiple business networks will proliferate: in a first stage, these will likely be made available via generic marketplaces for specific DLT protocols (e.g. see the R3’s CordApp marketplace).

The report says a key value driver, as already demonstrated by public and permission less cryptoasset networks such as Ethereum, is composability, i.e. the ability to combine different building blocks (modular applications) in various ways with little friction.

The rise of semi-public “super networks”

The emergence and growth of large industry agnostic business networks with open access policies is a trend that will accelerate over the coming quarters. These networks are permissioned yet enable any organisation to join if eligibility criteria are met (hence “semi-public”), with the aim of creating a bottom connectivity layer between enterprises that reduces the need to join multiple networks  at once. Examples include private-sector initiatives such as The Corda Network, a “network of networks” governed by an independent foundation that dissolves the boundaries between smaller Corda-based sub-networks. Similar initiatives also exist at

the country level (e.g. Alastria in Spain, BSN in China) and the regional level (e.g. EBSI in the European Union) with the aim of building a (supra)national Enterprise Blockchain infrastructure that prevails over a fragmented landscape of many closed, siloed systems.

Increasing connectivity between networks via middleware tools and the application layer

DAML enable developers to abstract away the underlying networks – and even protocols – and focus on business applications. Similarly, identity and token standards are becoming an increasingly important driver facilitating the flow of data between different networks and applications. Standardisation at the application layer will allow enterprises to transcend the natural boundaries of networks by enabling near-frictionless value exchange across the entire ecosystem. Among many

others, the Token Taxonomy Initiative spearheaded by the member-driven non-profit

InterWork Alliance is a prominent example of cross-industry collaboration to promote the development of standards.

Private and public networks are approaching

There is a growing trend of convergence between permissioned business networks and public and permission less networks as these systems as enterprises come to realise the benefits of open, readily available infrastructure. For instance, new tools such as Baseline use public networks (e.g. Ethereum main net) as a common frame of reference to orchestrate the synchronisation and reconciliation between disparate enterprise systems and applications. Other enterprise projects use public networks altogether as the technical foundation for issuing, managing, and transferring digital securities, as illustrated by recent bond issuances by international banks Société Générale, Santander, and BBVA, as well as tokenisation platforms such as Tokeny or Stokr.

The excitement around blockchain as a technology has brought renewed interest into academic sub-disciplines such as distributed systems and cryptography. For example, advances in distributed systems research have led to the design of more scalable and performant systems that face fewer decentralisation trade-offs than older implementations. In particular, significant breakthroughs in cryptographic techniques such as zero-knowledge proofs enable the development of verifiable computation, opening up a whole new avenue of promising privacy-preserving applications whose use extends way beyond the — admittedly still limited — universe of Enterprise Blockchain.

The practical implementation of these otherwise mostly theoretical concepts into production systems will offer new paradigms for global cross-entity collaboration in full confidentiality with high degrees of individual control.

The further up you move the Enterprise Blockchain stack, the less mature the layers are: protocols and platforms have evolved over years into robust and stable offerings, whereas business networks – and applications in particular – are in a more nascent stage. Conversely, the future growth potential for a layer is increasing up the stack: hundreds, if not thousands, of new business networks are scheduled to see the light, potentially attracting tens of thousands of applications that are yet to be conceived.

Simon Taylor, Co-Chair GDF said: “It has been some time since the hype of Enterprise Blockchain we experienced in 2015. Then, large corporates enthusiastically grappled with the technology and not the cryptocurrency, there

were few viable use cases, and the market was awash with great intentions. Since then the hype has largely dissipated and the community has rolled up its sleeves and got working.”

“The big question for the financial services sector, and in fact for all sectors, is where to look in the enterprise blockchain landscape to deliver solutions to help solve some of the “wicked problems” we face in industry over the next business cycle.” 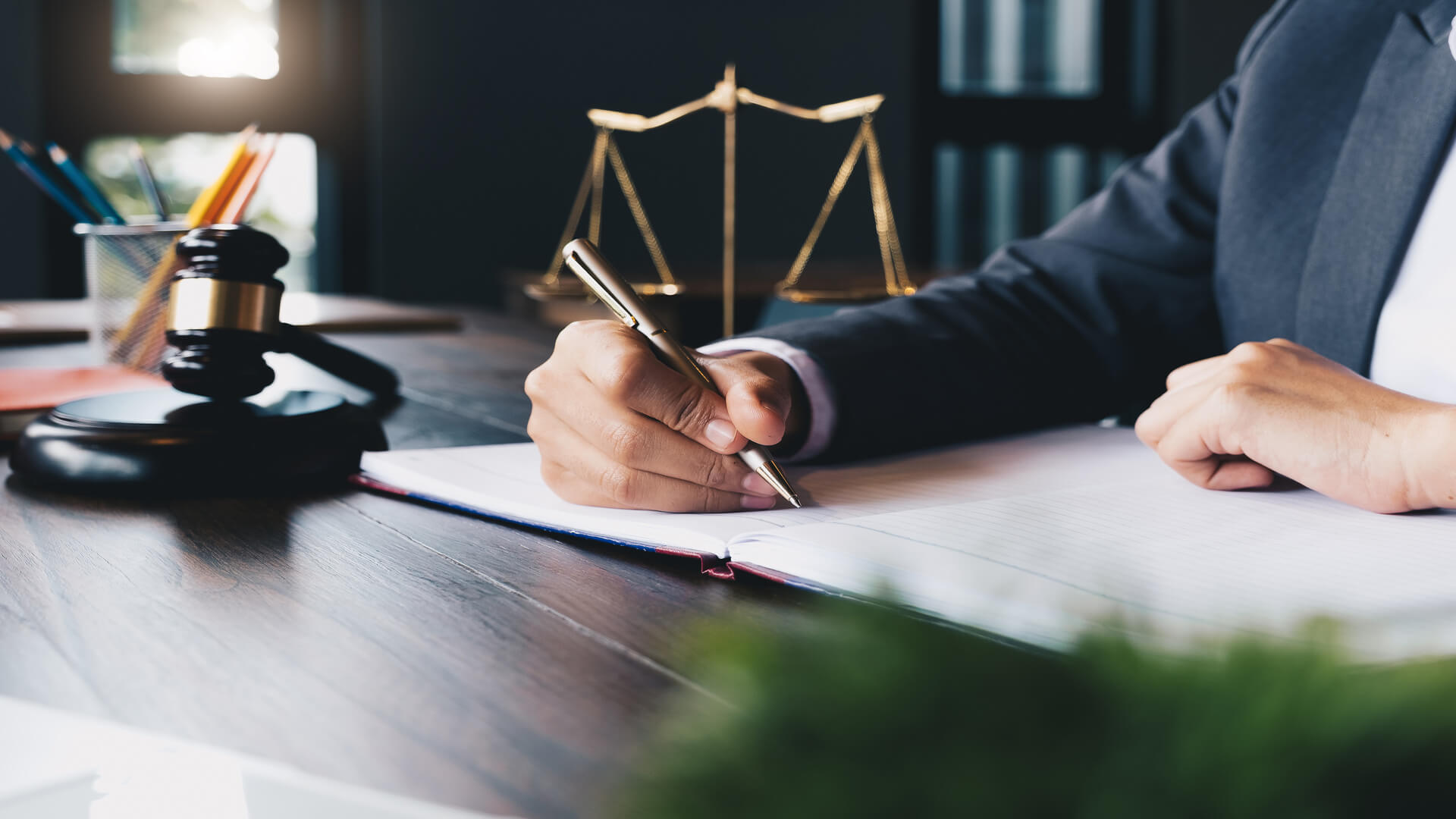 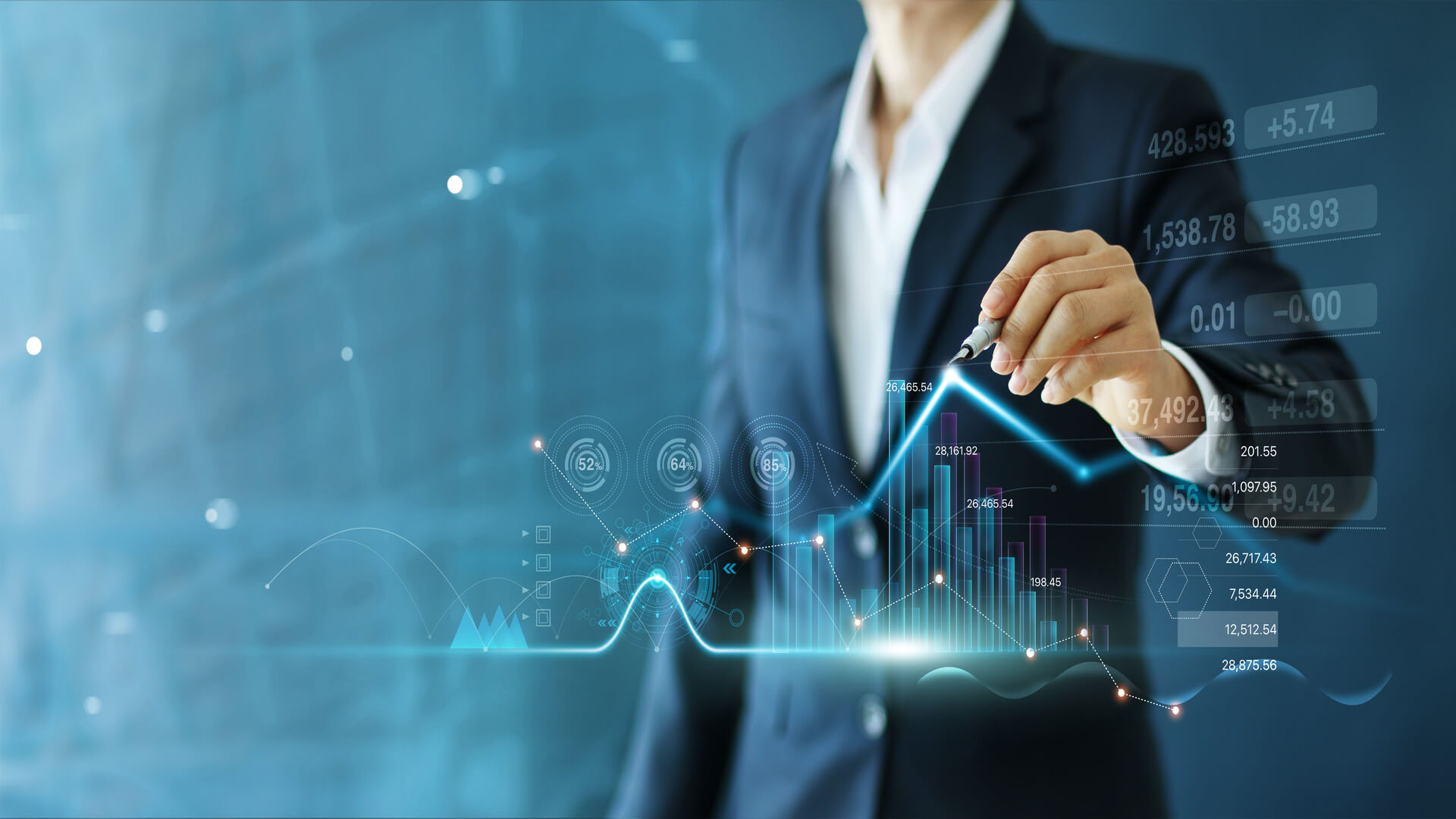 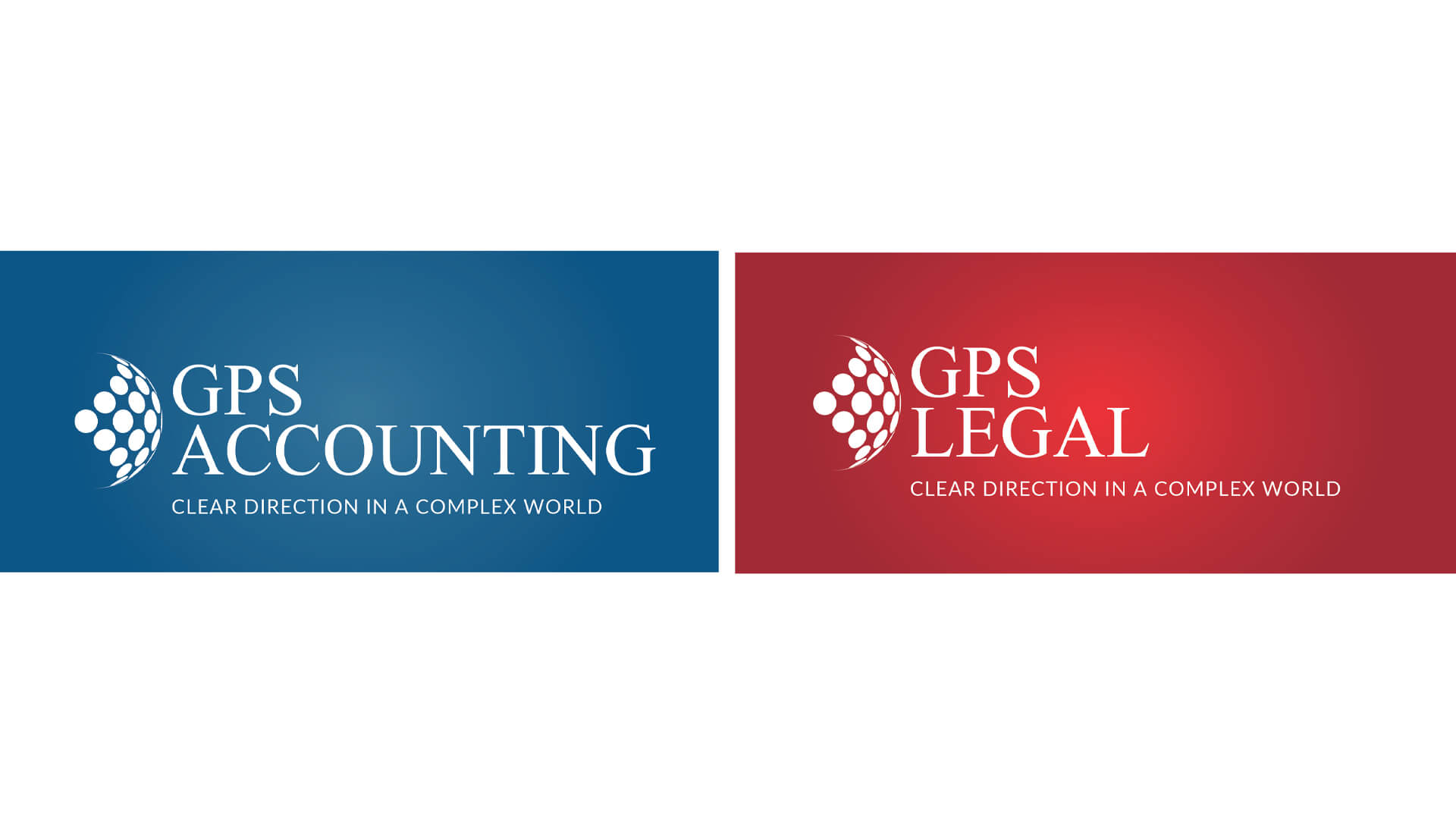