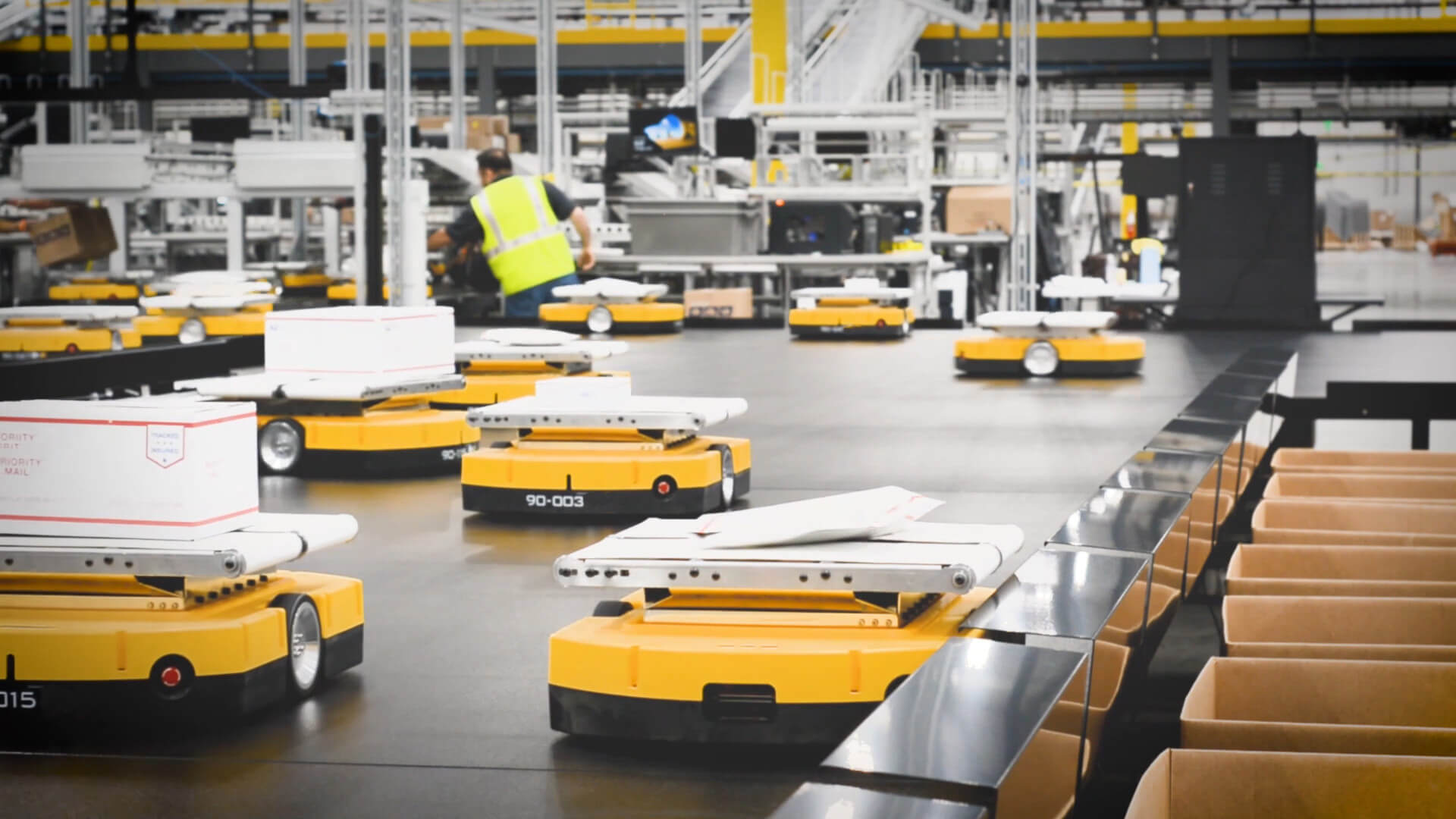 LiBiao Robot – the automated robot-based parcel sortation solutions specialist – has announced that it is entering the European market with its ‘Mini Yellow’ range of autonomous mobile robots (AMRs). And, in line with the company’s overall global strategy, LiBiao is seeking strategic alliances with distribution partners in the UK, Germany, Spain, France and Italy.

LiBiao’s ‘Mini Yellow’ range has been specifically developed as a game-changing, extremely cost-efficient and flexible alternative to the high CapEx fixed tilt-tray and cross-belt conveyor-based sortation systems that have traditionally been used within many busy parcel and e-commerce operations. Initially, two models will be offered to the European market – a 5kg tilt-tray robot and a 30kg cross-belt model. Both types have CE certification.

As the name suggests, ‘Mini Yellow’ robots are more compact than other AMRs currently on the market, which means they require less space within which to operate: 350 ‘Mini Yellow’ AMRs can cover 1,300 square metres and handle 20,000 items per hour.

LiBiao’s control software navigates the robots safely and efficiently and ensures the optimum route is taken. The software is compatible with all popular European warehouse management systems.

‘Mini Yellow’ robots are quick and easy to install and require minimal maintenance. Because it requires no fixed infrastructure, the modular system is scalable and offers complete flexibility: additional robots can be introduced as they are needed and the technology is fully portable – meaning systems can be switched between sites if required.

A significant product differentiator is that they can operate within cold store environments down to a temperature of minus 30 degrees centigrade.

So far more than 10,000 LiBiao autonomous mobile robots are in operation across China, Australia, New Zealand, South-East Asia and the USA. The technology has been deployed at a number of ‘blue-chip’ client facilities worldwide – including Walmart in the US, Uniqlo in Japan and China Post in China – and it is estimated that some two billion parcels a year are processed using LiBiao AMRs.

LiBiao Robot’s founder and chief executive, Xia Huiling, comments: “Demand for more efficient and smarter warehouse management is strong in Europe, where online shopping has been growing at a

tremendous pace and driving up the number of parcels handled, so we believe that the market will benefit from our advanced mobile robot technology.”

Xia Huiling adds: “The hardware, software and management system for the ‘Mini Yellow’ sorting system has been refined to the point where our clients usually recover the cost of their investment within one and a half to two years. And, such are the high levels of customer satisfaction with ‘Mini Yellow’ technology, that some 70 per cent of the businesses that have introduced the system so far have become repeat customers.”

Established in 2016, LiBiao Robot has its manufacturing and commercial headquarters in Hangzhou, the capital of China’s Zhejiang province, which is located some 170km south-west of Shanghai. The company employs some 150 people and last year had an annual turnover in excess of $US 10 million.

Potential distribution partners interested in finding out more about the opportunities to work with LiBiao Robot in Europe should visit: www.libiaorobot.com