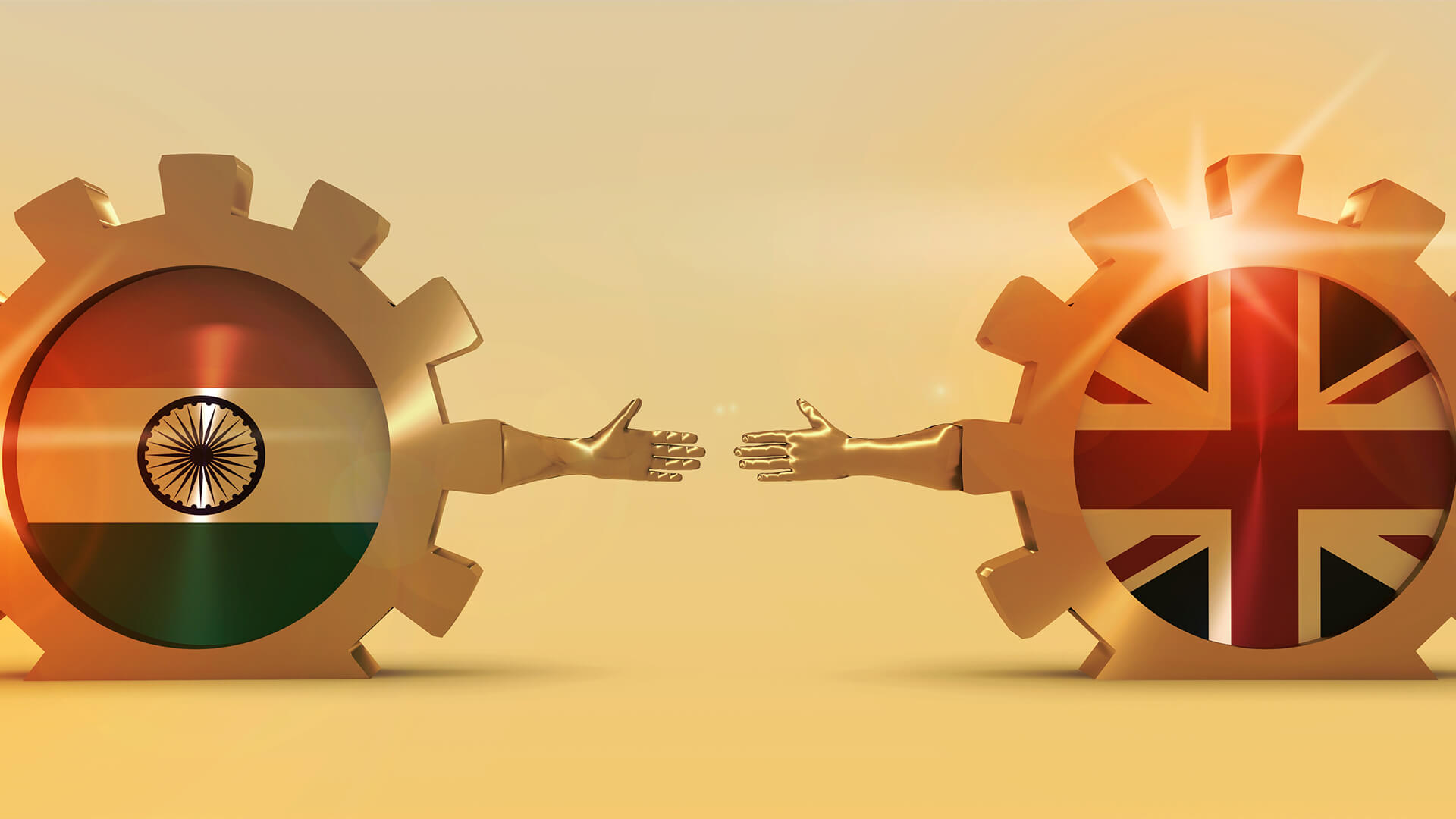 Although they could not meet in person; the British and Indian Prime Ministers have made some headway into the long-awaited Free Trade Agreement. Although this is likely to be months away rather than weeks, it is still considered a major priority by the British Government, and a key tenant of post-Brexit economic policy, as well as for the geopolitical power plays of the new “Global Britain”.

Full FTAs take a while to negotiate, but in the meantime, the two parties agreed to the ‘Roadmap 2030’. This will elevate bilateral ties to a “Comprehensive Strategic Partnership”, including an ‘Enhanced Trade Partnership’ – which will bring Indian money into British businesses, and is an important step on the road to the full FTA, which many value at being worth between £50-100 billion. This is not just an important market for any economy looking to be better prepared for the inevitability of Asia’s economic dominance in the coming century, but for Britain specifically, now it has left the EU, its relationship with India will be a true test of post-Brexit ‘Global Britain’

Although this “Indo-Pacific Tilt”, as it has been called, is for both geopolitical and economic reasons, it is still indicative of the Asian Century to come, with the subcontinent at the heart of these shifting power structures. After all, the Silk Road has never stopped being a vital trade route, but, as China and India continue their rise to economic leadership and their growing middle-class diasporas grow in consumer power, it will only grow more important. Although today, it will not be the spice trade, or even mass-production of consumer goods alone that will grow India and China, but rather, modernised and digital products and digital services of their own.

It may come as a surprise to some, but India is not a third-world producer economy. Rather, it is an incredibly sophisticated market, with booming technology sectors and a well-educated and future-proof workforce (that happens to produce 25% of the world’s engineers). An RBSA report recently showed that India has seen a 60% increase in investments in the FinTech sector during the Pandemic. This makes it now the third biggest and fastest growing FinTech ecosystem in the world.

To cater for the digitally connected but largely unbanked consumer population that are so hungry for these digital products, they have built whole cities from the ground up to solely produce FinTech products. It is these facts that are in the forefront of the minds of the British investment community.

The size and sophistication of India’s life science sectors is another industry on the minds of investors and British politicians. India has been a key player in global medicines and drug production for many years. According to Global Business Reports, it is the largest provider of generic medicines in the world, contributing 40% of the United States’ demand and exporting to almost every nation.

An EY-FICCI vision report has said that the industry has grown at a compounded annual growth rate of approximately 13% over the last two decades. Although in the last decade it has slowed to 8.5% and even 6.2% over the last five years, these are still growth figures that make for exciting reading for politicians and economists alike. Come 2030, many say it will be worth around $130 billion.

The pharmaceutical sector is diverse and is comprised of many smaller businesses. Over 10,000 individual companies and producers make up the industry, and it is home to an ever-growing number of inventive startups ‘disrupting’ the life science sectors. This makes it perfect for venture capital: clever ideas in a diverse market looking to make it big and ‘disrupt’, and to do that, they need investors.

Our research shows that British investors already know the importance of India, and are a decade ahead of the Government’s Roadmap 2030. Not only are they prioritising emerging markets like India, they are also prioritising green industries and sustainability, which is a vital area of investment, and one that can only become more important.

India has the third largest startup ecosystem in the world according to Nasscom’s 2021 Strategic Review, with 1600 technology-focussed startups being officially added in 2020 alone. These have come in all shapes and sizes, and many have shown great promise; thirteen of them have become billion-dollar unicorns in 2021 so far – and it’s only June. Many more are expected, and again, many are looking for financial backers.

Emerging markets have always held incredible potential. Although India is just one of many flourishing economies, it is perhaps the most exciting market opportunity on the planet. This is not just due to the number of consumers, but also the economic development milestones already passed, which means any investment, particularly in tech, is not just being invested for some potential future. Rather, it is being invested to build on the development already made – to a population that needs new consumer products and tech now, rather than in 10, 20, or 50 years.