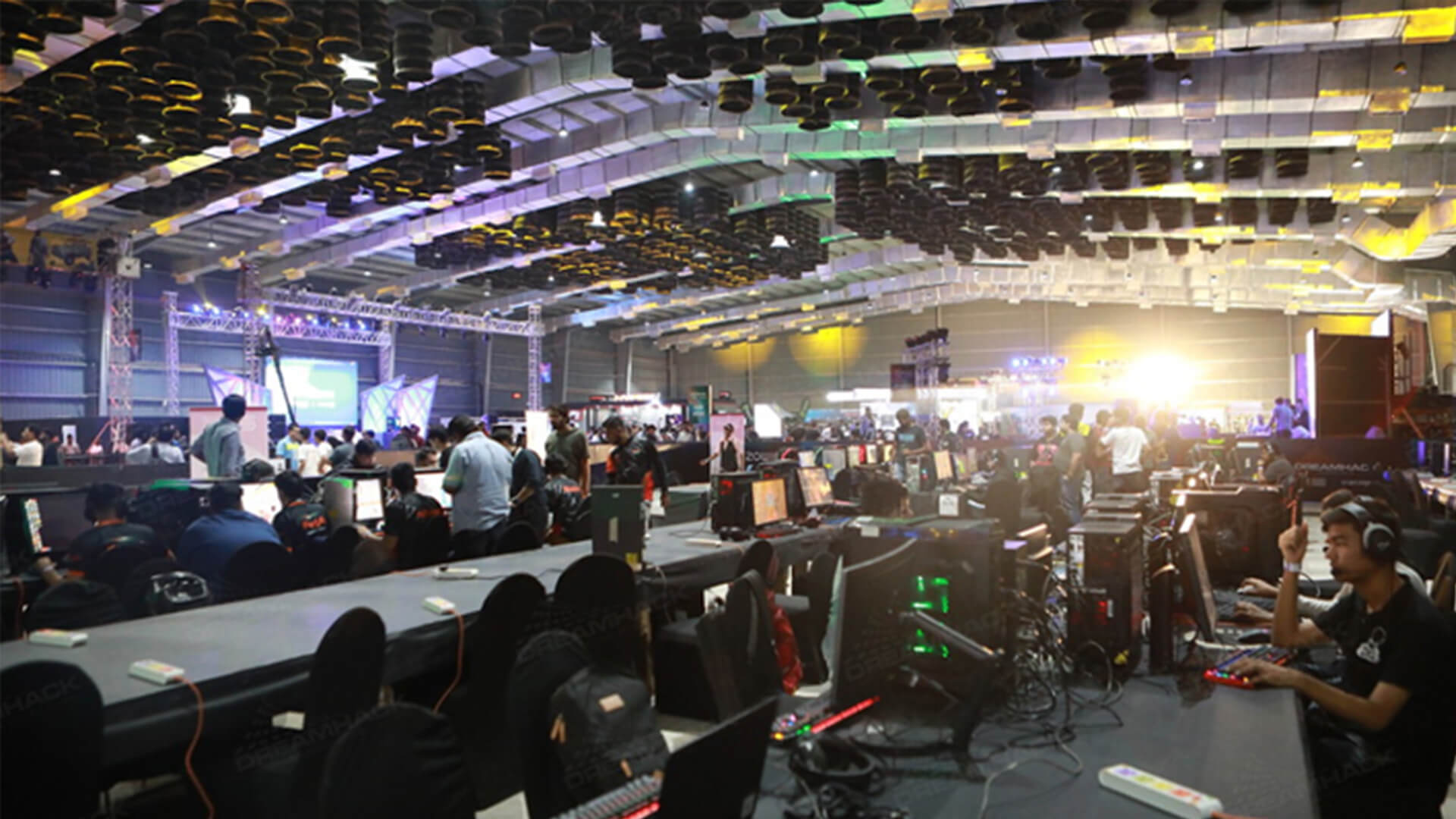 NODWIN Gaming and Viacom18 come together to present DreamHack Delhi at NSIC Exhibition Ground in New Delhi on December 6-8, 2019.

DreamHack, the premier gaming lifestyle festival, is happy to announce that it will return to India for a second consecutive year.

NODWIN Gaming, a pioneer in esports and Viacom18, India’s fastest growing media and entertainment network have come together once again to bring DreamHack back to India. This year’s event, titled DreamHack Delhi, will be held in the national capital of India, New Delhi, on December 6-8, 2019, at the NSIC Exhibition Ground.  Like it’s previous edition, DreamHack Delhi will be streamed live on Viacom18’s OTT platform VOOT.

Dreamhack Delhi will see gamers and esports enthusiasts come together for 72 hours of esports gaming competitions, LAN parties, sections of games from all generations and a perfect stage for artists, cosplayers, developers and gamers to connect and grow. This edition promises all things DreamHack, including some exciting esports tournaments – such as the $55,000 (3,800,000 INR) CS:GO Invitational tournament with top national and international teams invited.

“We at DreamHack are happy to return to the great gaming country of India. Last year’s festival in Mumbai was historical as it was the first DreamHack festival ever to be held in Asia,” said Marcus Lindmark, co-CEO of DreamHack.

“India has a very strong gaming community, which we got to experience first hand during last year’s event. This makes DreamHack Delhi a natural next step in our effort in making the DreamHack experience the perfect culmination of the gaming year in India.”

Speaking about the network’s collaboration with NODWIN Gaming, Sidharth Kedia, Head- Strategy and Data Sciences, Viacom18 said: “Esports has been gaining immense popularity in India over the last couple of years. We have seen an increase in the number of gamers, gaming companies as well as brands associating with the gaming industry.

“The first season of DreamHack validated that India is definitely an emerging gaming market. At Viacom18 we have always been pioneers when it comes to experimenting with new ideas and formats. Considering the network’s affinity towards young audiences and backed with the success of DreamHack’s first Asia edition we were certain that we would bring it back for the Indian gaming community.

“We look forward to providing Indian gamers with a mega platform to showcase their gaming skills and compete with top gamers.

“At its core, gaming is about friendships and stories. The bonds we make as friends with our common love for gaming. Nothing signifies that more than DreamHack and its two-decade journey. We at NODWIN Gaming and Viacom18 will put in all our effort to sculpt a DreamHack bigger and better than the last edition. There will be something for everyone at DreamHack Delhi. It’ll be fun, it’ll be a lot of fun,” said Akshat Rathee, Founder and CEO of NODWIN Gaming.

This year’s edition will feature an array of games ranging from esports game titles like CSGO, Street Fighter V, Super Smash Bro, Tekken 7 and PUBG along with the classic collection of retro and table-top games where daily top scorers will be awarded from a prize pool of 75,000 INR for retro games and 100,000 INR for table-top games. Streamers of the country will get a golden chance to stream from the exclusive streamer zone.

DreamHack will bring its signature BYOC LAN party to New Delhi, with a line-up of the most popular games to the city that whole-heartedly loves LAN parties. BYOC at DreamHack Delhi will hold a total capacity of 400 seats to be shared by Epic and Super Epic pass holders. This time DreamHack Delhi will feature not only BYOC but also Bring Your Own Devices (BYOD), where you can bring in your mobile phones and consoles to play on for three days. The BYOC LAN tournaments will have a total prize pool of 360,000 INR and the BYOD tournaments 240,000 INR.

Apart from games, the visitors can enjoy the vibrant art of cosplay, live performances by renowned artists, signing sessions with pro players and a merchandise zone to get hands-on the latest gaming apparel and collectibles.

Tickets for DreamHack Delhi 2019 start at 499 INR and are available on BookMyShow.