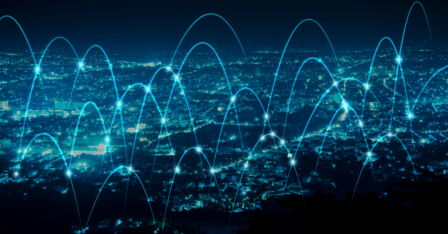 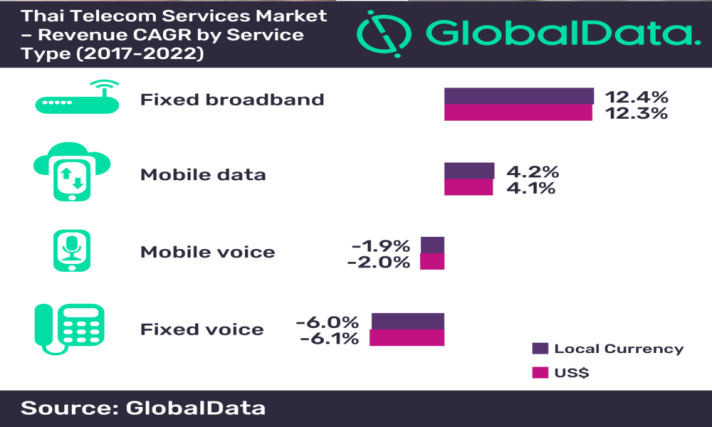 Thailand’s telecom service revenues are set to grow at a CAGR of 2.7% over the period 2017-22 driven by increased mobile and fixed broadband adoption, according to GlobalData, a leading data and analytics company. At the same time, traditional fixed and mobile voice revenues will decline due to price reductions and a shift towards IP/OTT-based communications.

Similarly, many fixed service operators are undertaking fiber network expansions and offering multi-play service bundles in order to drive fixed broadband revenues. The government support for rural connectivity via fiber with planned rollout of fiber broadband services with minimum 10Mbps speed to 3,920 villages across 62 provinces by mid-2018 will also lend traction to the fixed broadband market over the forecast period.

Meanwhile, Pay-TV service revenues in Thailand will decline at a negative CAGR of -0.05% over the reporting period due to a massive decline in cable TV connections and slowing Direct-to-Home (DTH) service adoption. Internet Protocol television (IPTV) subscriptions will grow backed by operator convergence strategies and broadband rollouts. However, considerable fall in IPTV ARPU and growing competition from over-the-top (OTT) video services will be major challenges for Thailand’s Pay-TV market growth. 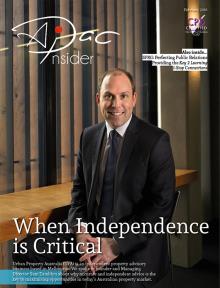